Few parks in the world can keep up with the literary output of its people. After Tony Emerson’s “Looking Down, Looking In” (link here), another member of our community has put out a book: Lisa Wright has written “A Most Unladylike Occupation – Lucy Deane, one of the first women factory inspectors”. Lisa happened to discovered the amazing story of Lucy Deane when her diaries where passed on to her, and she felt immediately compelled to write her biography which celebrates her as one of the true female pioneers, breaking gender barriers and caring for the health and safety of factor workers. Several members of the friends of Hillside read the book, which Lucy also presented at our last friend’s meeting, and all friends strongly recommended the book. Maybe also a great gift for the holidays? Below the official text from the publisher, but first buy the book here. 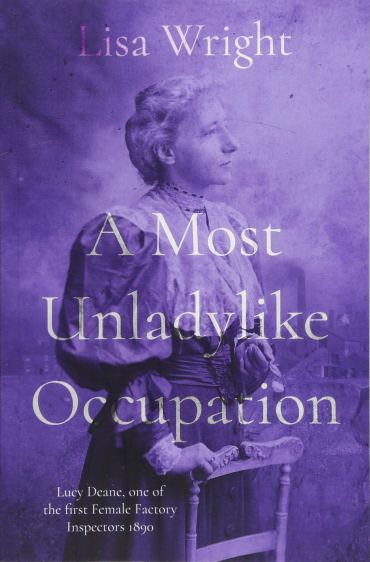 From the publicity of the Book Guild Publishers:

Lucy Deane was from an upper-class military family and was appointed in 1893 aged 28, by Herbert Asquith, then Home Secretary, and was sent across the British Isles to the disapproval of male factory inspectors to inspect and report on the conditions of women workers. She and her four colleagues had no precedents and no training. Lucy’s up-market family were horrified, “a most unladylike occupation”. Eliza Orme, the first woman lawyer, advised her to keep private records “of everything and everyone – in small cheap exercise books with indelible pencils. And write as soon as you leave the meeting and the factory, in the cab or on the train.”

She continued as a factory inspector until 1911 when she married her old friend Granville Streatfeild. But she was constantly called upon to consult and advise on women’s social issues, writing the first reports on the dangerous trades and asbestos. In WW1 she worked to organise the Women’s Land Army and gained a CBE for her efforts.

The Friends of Hillside Gardens Park and Palace Road Nature Garden is a registered charity (no. 1122576) run by volunteers from the local area. We work with Lambeth to make the park and nature gardens the best places they can be.